Lately I’ve been working with large sets and analyzing them for work… and as a side effect, I’m now hooked on the art of data visualization. A few weeks ago when I was getting started, I wanted a dataset that was somehow directly related to me that would also be able to produce a cool looking graph, so I decided to map out the publicly directed chatter on the #startups irc channel I usually hang out in. 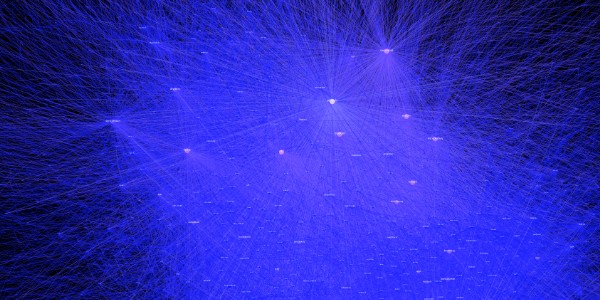 View the zoomable rendered graph or use the svg file directly.

The data corresponds to the irc logs for the past 18 months. It was parsed it using some python, gephi was used do the graph layout and output a svg, and finally count rendered the svg file using batik with a beefy server in to a 225MP rendered image.